The Corfu Reading Society has kept (since 1969) a visitors’ book, in which hundreds -until now- of prominent visitors have contributed their impressions.

Several other personalities of public life, such as diplomats and representatives of statutory bodies, as well as prominent personalities in education, culture, literature and arts have expressed their impressions in the visitors’ book as well. 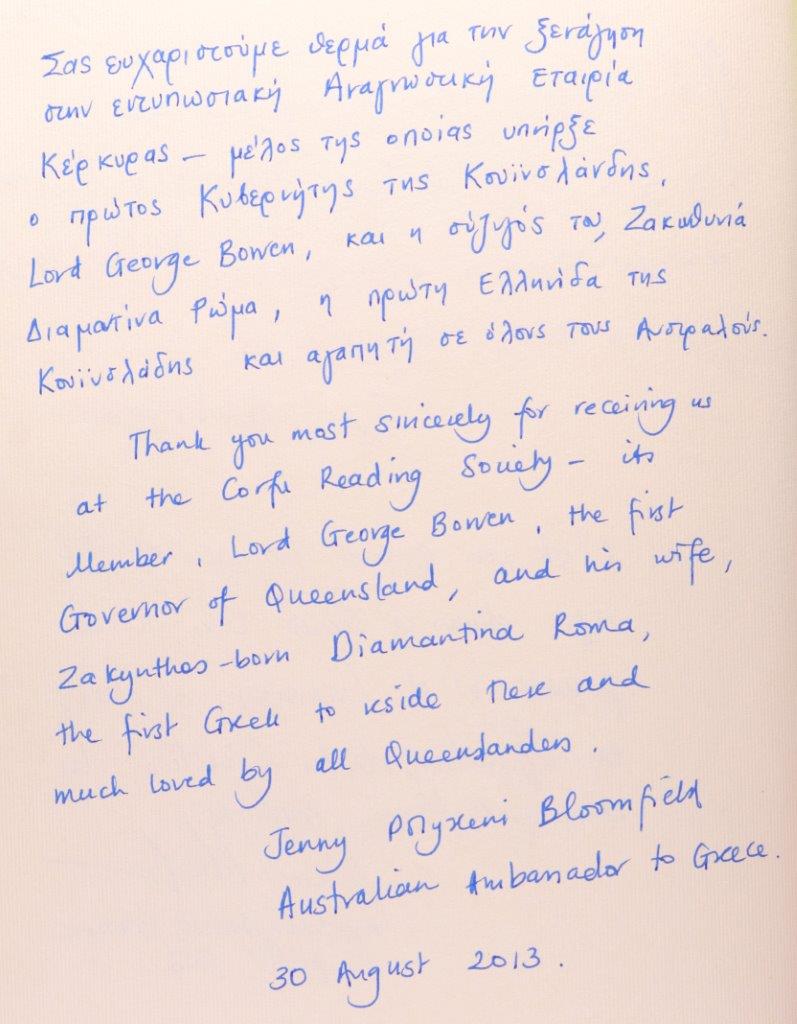 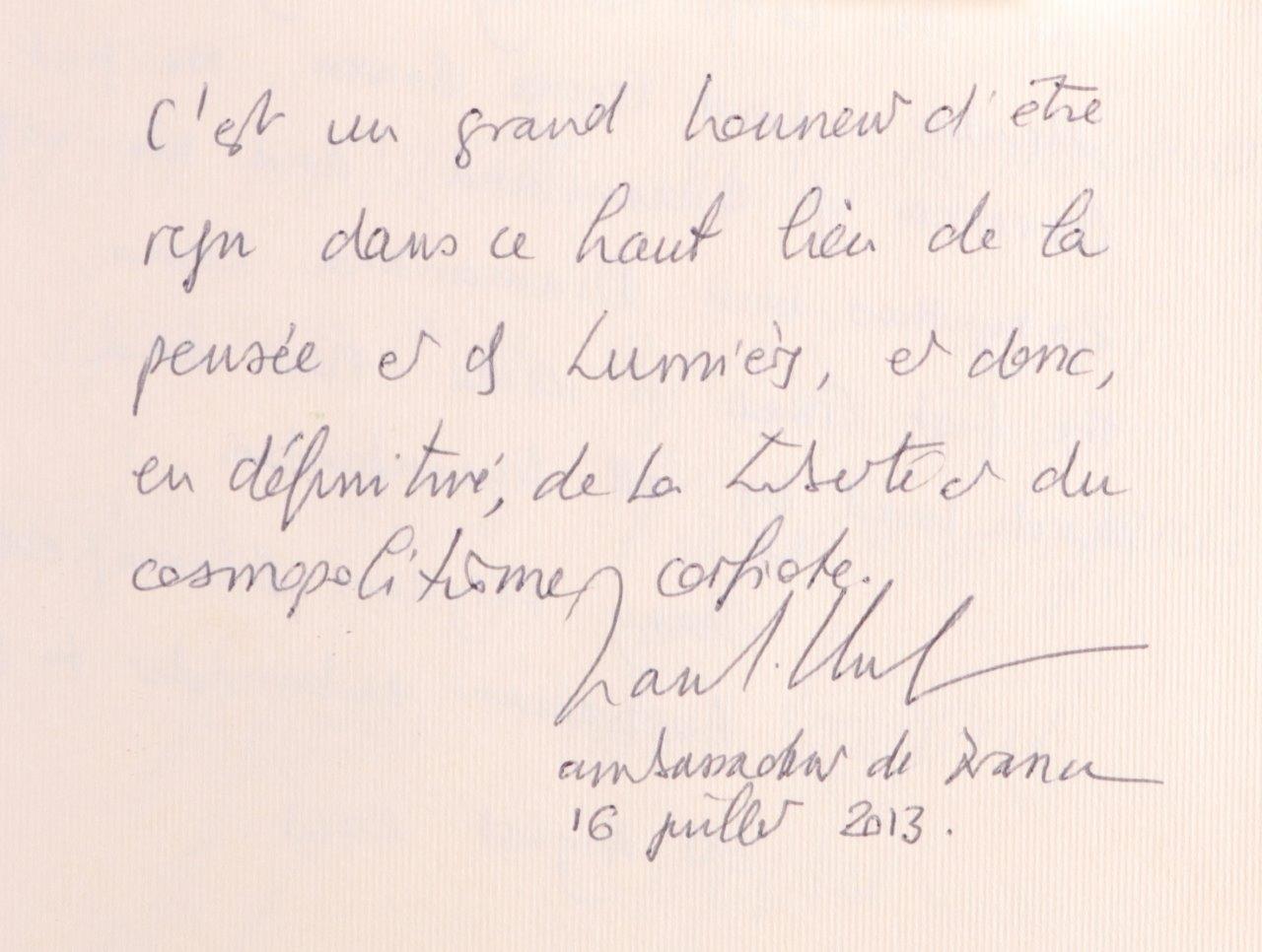 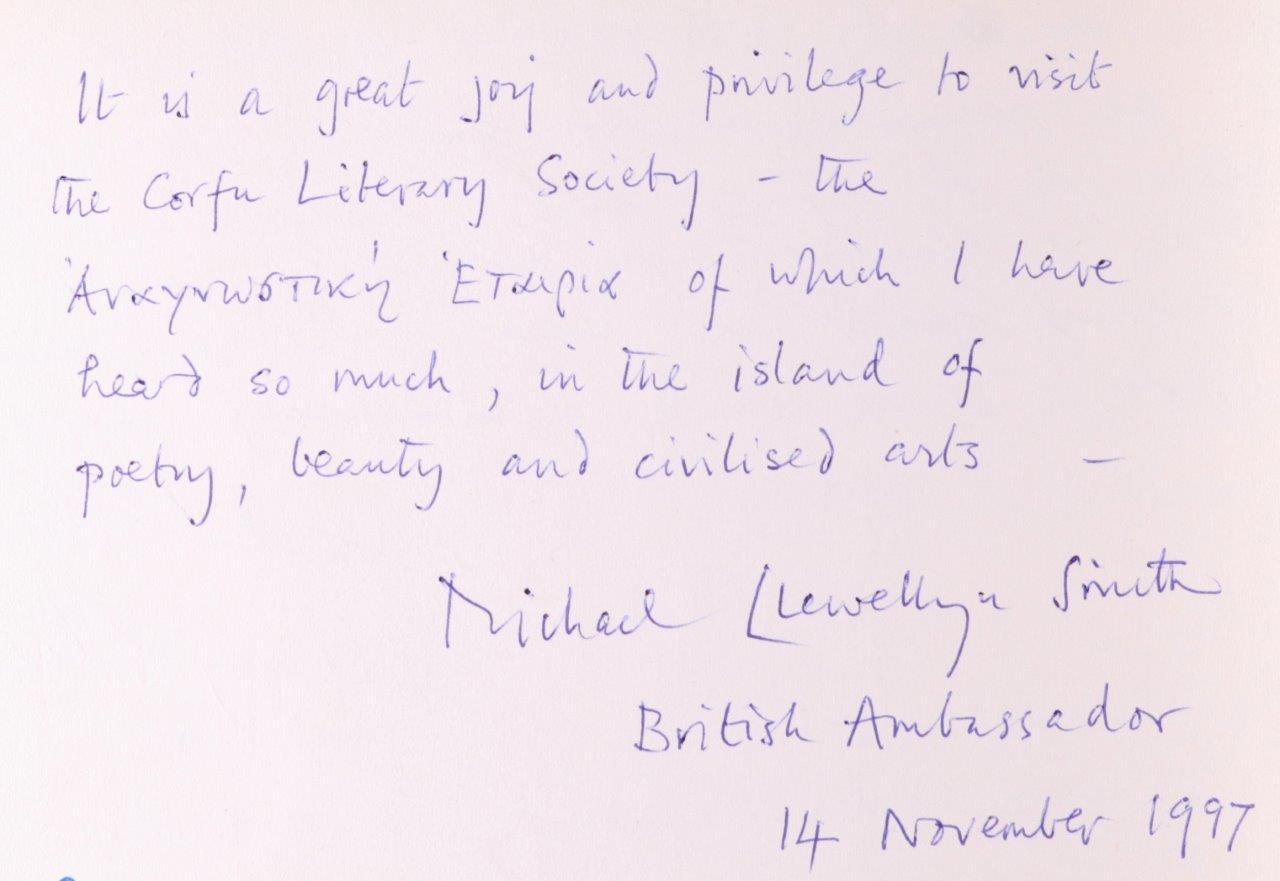